we invite you to take a look at our event gallery. there are a lot of fantastic photos and videos of our exhibitions.

“yoko ono is one of the most influential and controversial artists of our time. she is considered a pioneer of artistic performance and conceptual art as well as one of the outstanding pioneers of the us fluxus movement.” 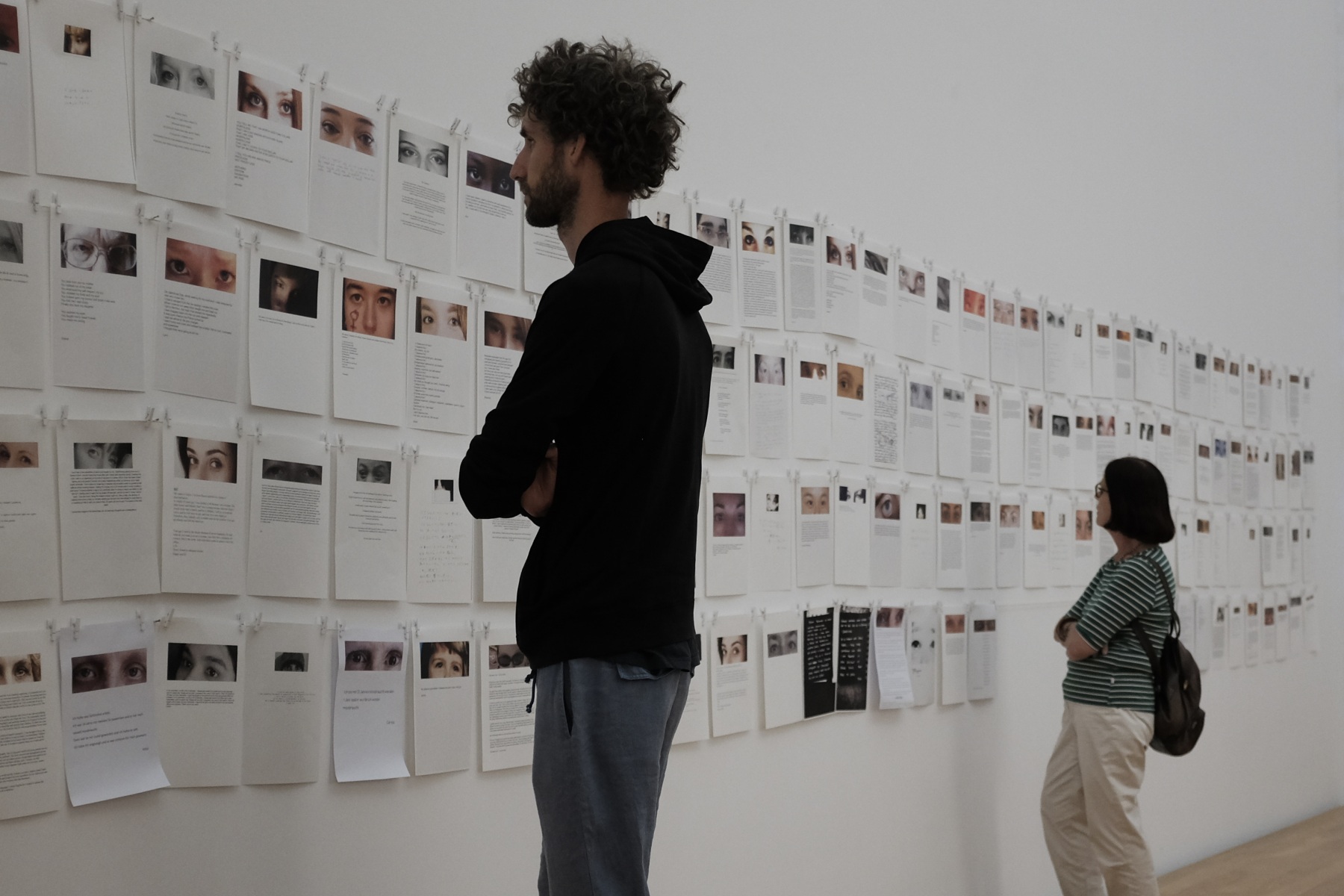 the exhibition “lesbian matters” is

“a collective snapshot that reflects a contemporary lesbian objecthood. … lesbian matters is an art project that explores the personal and material effects that are collect through our lives. these personal collections of postcards, trinkets, letters, photographs, and buttons serve as reminders of life’s queer moments. what are the objects that make up your life?”

for the exhibition at trestle gallery as part of the bric biennial, brooklyn based artist  phoenix lindsey-hall has collected objects, stories, and personal artifacts that mark lesbian life. the items of the exhibition will be housed permanently at the lesbian herstory archives, new york. our contribution are pictures of our activsm during the pride in cologne, 2018. to carry a coffin in front of thousands participants of the parade with nearly one million spectators was our magic moment.

in 2018, the schwules museum* berlin launched the “year of the women*” as a queer-feminist intervention spread over twelve months. i’m so proud that i will be part of this amazing year.

“the constructions of social inequality and the interference of different, competing and complementary forms of discrimination based on gender, skin color, ethnicity, sexual orientation and different abilities are brought into focus”

this is the museum’s description of its plan in 2018. since its founding in 1985, mainly stories of white gay cis-men have been told. it’s time for a change:

in summer 2018, you can discover texas’ art work in the schwules museum* berlin. among other things, texas’ briefs are exhibited in a museum. no kidding! that’s really the truth.

also in 2018, the frauen museum wiesbaden is focusing on “pride being l”. as they state, the exhibition is going to explore what l does stand for in lgbtiq.

they chose to show our photo series rock-paper-scissors. we are a little surprised about this, because we consider this work to be very explicit. so we are even more happy that we can take part in this exhibition.

they describe the concept of the exhibition as follows:

“what does it mean to be lesbian, to live lesbian today? the artistic examination of L offers the possibility to illuminate lesbian ways of life or to make them visible, to question stereotypes and to put the understanding of sexual orientation and gender to the test. has lesbian life arrived at the centre of society beyond sexualised ideas and clichés?

it is said that lesbians are invisible and a dying identity. in view of the historically unique situation that several generations can show themselves openly in a more tolerant society, there should have been an increasing lesbian presence over the years. (…) it also seems that “queer” would rather be elevated to an alternative identity than be called a “lesbian”. (press release, stephanie kuhnen (ed.), lesbians out! for more lesbian visibility, querverlag, 2017)”